Mark Obmascik -- "The Storm on Our Shores"

Mark Obmascik will speak about and sign his new book, The Storm on Our Shores: One Island, Two Soldiers, and the Forgotten Battle of World War II, on Wednesday, April 17th at 7:30pm.

About the Book:
The Storm on Our Shores tells the heart-wrenching but ultimately redemptive story of two World War II soldiers — a Japanese surgeon and an American sergeant —during a brutal Alaskan battle in which the sergeant discovers the medic's revelatory and fascinating diary that changed our war-torn society’s perceptions of Japan. Mark Obmascik tells an extraordinarily moving story of two heroes, the war that pitted them against each other, and the quest to put their past to rest.

Vouchers to attend are $5 and are good for $5 off the author’s featured book or a purchase the day of the event. Vouchers can be purchased now at the store, over the phone, or at the door. Readers Guild Members can reserve seats for any in-store event. 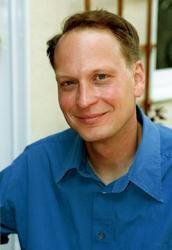 The Storm on Our Shores: One Island, Two Soldiers, and the Forgotten Battle of World War II (Hardcover)

The Big Year: A Tale of Man, Nature, and Fowl Obsession (Paperback)

Halfway to Heaven: My White-knuckled--and Knuckleheaded--Quest for the Rocky Mountain High (Paperback)