Blackbeard: The Birth of America (Paperback) 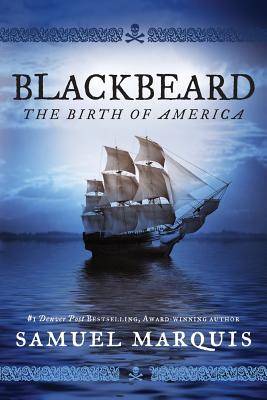 Blackbeard: The Birth of America is the true story of Edward Thache--former British Navy seaman and notorious privateer-turned-pirate, who lorded over the Atlantic seaboard and Caribbean during the Golden Age of Piracy. A Robin-Hood-like American patriot and the most famous freebooter of all time, Blackbeard was illegally hunted down by Virginia Governor Alexander Spotswood, the British Crown's man in Williamsburg obsessed with his capture. Based on reliable historical records and the latest research, this adventure tale illuminates the true man behind the myth and his doggedly determined pursuer, revealing a cat-and-mouse game and important historical figure lost to us in a "fog of legend, myth and propaganda" for three hundred years. A folk hero in his own lifetime, Blackbeard exploded onto the scene during the birth of America and was one of the first American revolutionaries in the War of Independence against British rule.