The Woman in the Woods: A Thriller (Charlie Parker #16) (Hardcover) 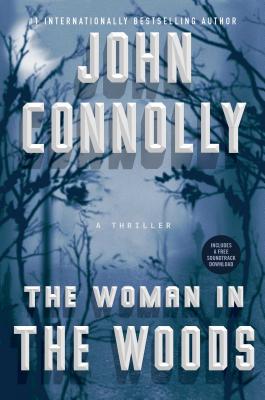 This is book number 16 in the Charlie Parker series.

“Fans will agree that this is Connolly's masterpiece.” —Publishers Weekly (starred and boxed review)

From internationally bestselling author and “creative genius who has few equals in either horror fiction or the mystery genre” (New York Journal of Books) comes a gripping thriller starring Private Investigator Charlie Parker. When the body of a woman—who apparently died in childbirth—is discovered, Parker is hired to track down both her identity and her missing child.

In the beautiful Maine woods, a partly preserved body is discovered. Investigators realize that the dead young woman gave birth shortly before her death. But there is no sign of a baby.

Private detective Charlie Parker is hired by a lawyer to shadow the police investigation and find the infant but Parker is not the only searcher. Someone else is following the trail left by the woman, someone with an interest in much more than a missing child…someone prepared to leave bodies in his wake.

And in a house by the woods, a toy telephone begins to ring and a young boy is about to receive a call from a dead woman.

"There’s no mistaking a John Connolly novel, with its singular characters, eerie subject matter and socko style. All these flags are flying in THE WOMAN IN THE WOODS."
— The New York Times

"Fans will agree that this is Connolly's masterpiece."
— Publishers Weekly (starred and boxed review)

"A complicated plot, richly drawn characters, and a vein of horrors will keep readers devouring the pages."
— Kirkus Reviews

"Fans of gothic horror, a genre not out of place in Maine or Ireland, should enjoy Connolly's blend of crime and supernatural horror."
— Crime Reads

"This haunting thriller will keep you reading into the night with the lights on and the phone turned off."
— RT Book Reviews

"Another winner in a consistently high-quality series."
— Booklist

"Connolly portrays a chilling humanity in his characters, both good and evil, giving the book depth while keeping the reader unsettled to the end. Another great addition to a popular series that will please its many fans."
— Library Journal

"A new Parker is always a treat."
— Minneapolis Star-Tribune

“Filled with (terrifyingly) unforgettable characters and shocking twists, this haunting, gothic novel with hints of horror shows why John Connolly is a master of the genre.”
— B&N Reads

"THE WOMAN IN THE WOODS sees the return of Charlie Parker, the modern-day gumshoe with a paranormal streak, in a tense story of love and loss that doesn’t let up until the final page."
— AuthorLink

"Beautifully written and just creepy enough to make you uneasy… Trust me, you’re going to enjoy THE WOMAN IN THE WOODS and it will leave you wanting the next installment Right Now. In fact, I may have to go re-read the entire series while I wait. That’ll make the time pass quickly and will be such a treat!"
— Seattle Mystery Bookshop's Newzine