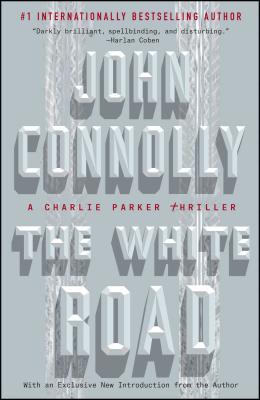 This is book number 4 in the Charlie Parker series.

Internationally bestselling author John Connolly takes readers into the dark world of private detective Charlie Parker, whose deadly fight against evil begins when the daughter of a South Carolina millionaire is raped and murdered.

In South Carolina, a young black man faces the death penalty for the rape and murder of Marianne Larousse, daughter of one of the wealthiest men in the state. It's a case that nobody wants to touch, a case with its roots in old evil, and old evil is private detective Charlie Parker's speciality.

But Parker is about to enter a living nightmare, a red dreamscape haunted by the murderous spectre of a hooded woman, by a black car waiting for a passenger that never comes, and by the complicity of both friends and enemies in the events surrounding Marianne Larousse's death. This is not an investigation. This is a descent into the abyss, a confrontation with dark forces that threaten all that Parker holds dear: his lover, his unborn child, even his soul...

For in a prison cell far to the north, an old adversary is about to take his revenge on Charlie Parker, its instruments the very men that Parker is hunting, and a strange, hunched creature that keeps its own secrets buried by a riverbank: the undiscovered killer Cyrus Nairn.

Soon, all of these figures will face a final reckoning in southern swamps and northern forests, in distant locations linked by a single thread, a place where the paths of the living and the dead converge.

A place known only as the White Road.

"You don't want to miss a word of this near-perfect story."
— Rocky Mountain News